Today I took Carter for his 15 month well-baby appointment (albeit 2.5 weeks late).  The term "well baby" is used loosely as he's on antibiotics for a potential ear infection (caught early with just a little fluid in the ears) and has a horrid cough.  But, he was well enough for FOUR shots and a blood draw.  Congratulations, kid!  To celebrate, here are some fun facts from Carter.
I haven't taken nearly enough "real" pictures, so I thought I'd share what my cell phone captures.  Yes, there are a lot of car seat pictures, but that's really the only time he holds somewhat still.  That, and I love to watch him sleep... 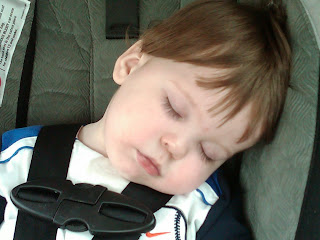 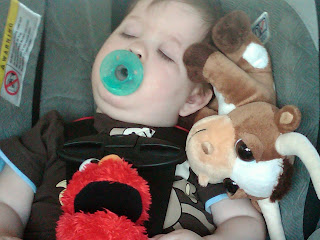 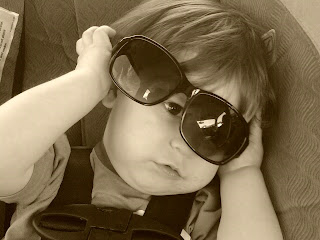 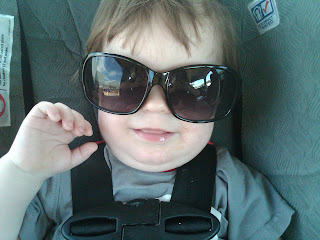 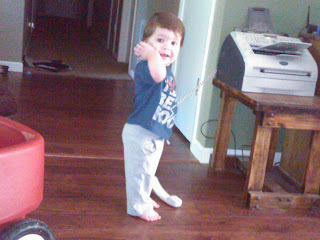 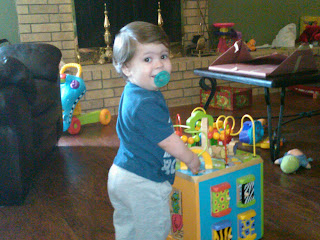 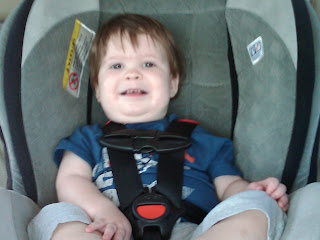 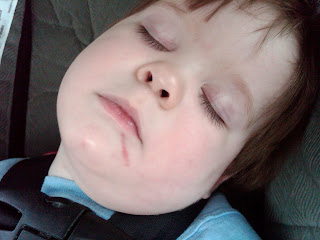 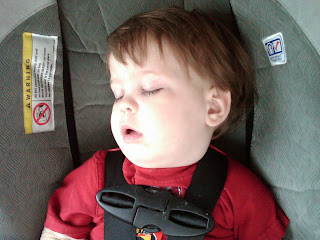 I love all the pics!! What a cutie!

He looks like a mini-Clint with his hair parted on the side like that!!! He is SO cute!

love the one of him peeking through your sunglasses & love the hair!!