Last weekend, we went to Baton Rouge for my brother-in-law's graduation from LSU. I wasn't really looking forward to the trip because 5+ hours in a car with a seven month old sounded more like torture than fun. But, turns out I had nothing to worry about. We kept his belly full, which in turn made him sleep- imagine that! It works the same way with me! In any case, it was a successful trip, complete with a dip in the hotel pool. He also fell asleep during graduation and on the sweaty walk back to the car- see? 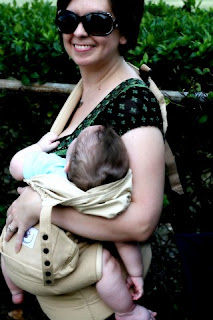 Remember when I said he had four teeth? Scratch that, there are six now. Well, technically five, with a sixth making my life a LIVING HELL until it comes through. He really is a great baby, even when teething, but damn those little teeth make him cranky. And me, since I haven't slept through the night in a couple of weeks either.

We tried YoBaby yogurt the other night and I thought he was going to leap from his Bumbo chair and attack me. I couldn't load the spoon quick enough for him which resulted in him yelling at me with his mouth open like my very own baby bird. 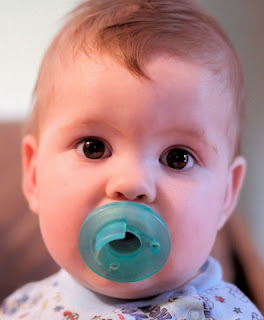 Lately I've been noticing just how much I let fear control my life. Just about any idea I have gets pushed to the side in a "someday" file. Why not today? Because I'm scared. Everyone knows that taking the first step is the hardest part, yet it's always the most rewarding because it's a step towards something wanted. When did I become such a scaredy cat? When did my I AM WOMAN, HEAR ME ROAR voice turn into a kitten's meow? I'm really starting to get disgusted with myself about it, too. But then, I'm too scared to do anything about it so I might as well just get over it, right?

Email ThisBlogThis!Share to TwitterShare to FacebookShare to Pinterest
Labels: it's all about the little things, life, motherhood, offspring, roadtrips, weekends