Ahhh.. what a great weekend. Since I had Friday off, I drove to my sweet baby's arms Thursday night. He had to work on Friday, so I met his stepmom for lunch and shopping in the small town. It was nice to spend some time with her.. I hope she and I can have a great friendship. I really like her. Friday night we went out to eat for our anniversary and then I fell asleep on the couch by 10:00.. go me! Saturday was the opening of Dove season, so he and I both left around noon and took off in separate directions. I really, really, really hate leaving him. Have I said that lately?

Saturday night, my second weekend began. I met some of my best girls in Ft. Worth and we partied down. I got home later than I should and woke up bright and early (9:30), ready to do it all over again. We went to the Red Dirt Roundup in the Stockyards. Normally, I loathe big festival, all day concerts. But this one wasn't as bad for three reasons. One, it was Erica's birthday and I sure do love that girl. Two, I needed to catch up with my girls for some proverbial "girl time". Three, we had VIP tickets which allowed us to sit in a tent with fans and misters. We had our own bar in there and it was in the middle of both stages. Now, that's the way to do it. As V and I said, "We know what they look like" and I happily parked my ass only leaving for turkey legs and the potty.

Sunday was Pickin' for Preemies. What a wonderful event that Mr. Frazell organizes to raise money (about $20k this year) for the March of Dimes. He and his wife just had their second preemie and man was that little toot cute. I told her that his butt probably didn't even have a split in it when he was born-- just like a tadpole! Last year it was in Dallas, just minutes from my house and this year it was at the Glass Cactus at the Gaylord Texan Resort. As pretentious as that place is, it turned out to be a wonderful day. I have tons of pictures (that I didn't take), but I haven't gone through them yet.

Now's the part where I name names. I should offer up a disclaimer and say these thoughts are my own and do not represent anyone else's. 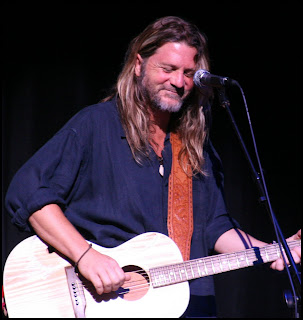 His very presence is powerful, yet soothing all at once. Poetry was a fitting song for the event and brought tears to more than one eye.

Third was Ryan Bingham and the cool cat he is. I've been going to see Ryan for many years and I'm thrilled he's finally drawing the crowd he deserves. He wins over new fans at every show- I highly recommend him, too. Ryan's a storyteller-- and they're not necessarily happy stories or politically correct stories- they are his story and that's what makes them so amazing. The thing about him is that he has lived every. single. word. He's a gypsy and I could listen to his words for hours upon hours. 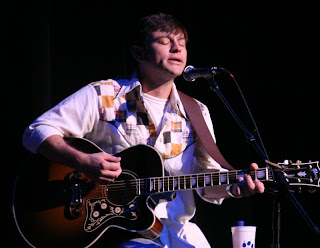 The last guy in the first set was Mr. Adam Hood of Opelika, Alabama. I love Adam and the way he says my name, Sayra. His is a soulful song with a new twang that is welcome in a scene full of so many posers. Adam always has a smile, a hug and a hand shake. It's refreshing.

You may notice I skipped #2-- Darren Kozelsky. I did it for a reason, because I don't feel he belongs. That probably won't sit well with many folks, but it takes more than a big shiny tour bus to impress me. Darren's a great guy, very genuine and nice- I just don't have much else to say. Each time I see him in a songwriter setting, he's out played and out sung with every effort. Just my opinion, however.

I missed all of the second set as I'm not much for the twangy, redneck country that is Kevin Fowler and the others in that set. Sue me. 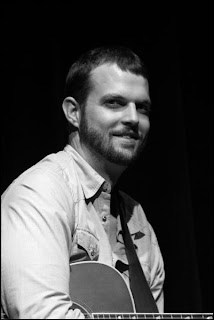 Sweet Jesus come to earth, that set was amazing. It was my first time to see Radney, which has been on my list of things to do for a LONG time, and his brief four songs only got my mouth watering for more. Radney produced Randy's last record and is producing Brandon's next record. It was so cool to see his reaction to their new stuff and to Josh's songs.. It was an amazing, amazing set. The show could've been over right then and I would've been a darn happy girl. 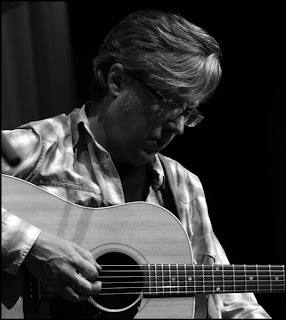 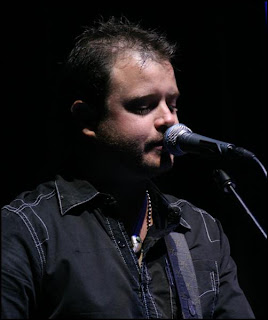 Last set was Wade Bowen, Cody Canada (of Cross Canadian Ragweed), Stoney Larue, and Jason Boland. Wade was great. He's serious, for lack of a better word. He's serious about his music, about the art of it all and serious about respect. And I love him for it. Boland on the other end, he too seemed to be in a rather introverted mood. He's looking kinda scrawny these days, but so healthy and happy. I love this Jason. Cody and Stoney-- man, they came to cut up! Those boys, all tatted up, played and picked and told stories on and about each other. It was such fun to watch them having so much fun together, since three of the four honed their craft up in Stillwater. I can't really explain why I was a tad disappointed by this set.. I just was. 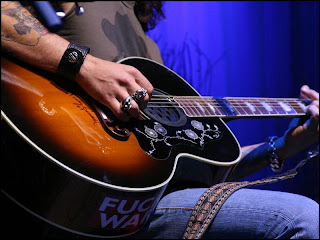 Last night I went to bed at 9:30 and if I have my way I'll do it again tonight. I'm still recovering from my weekend and getting back in the swing of things.


I don't care what anyone says, I just don't have a dog in that race anymore.

I'm with you my friend...seeing as I only made it out with you girls on Saturday night! It was great seeing you though! LYMI!

radney is at the firehouse this friday but eh, i cant go. figures. i've never seen him either. poop.

love ya! enjoy those green beans!

If it makes you feel any better, I was rather disappointed in the last set as well.

My personal opinion was that those two were in a little bit of a pissy mood if that's what you want to call it. They seemed rather snippy with the audience. Almost like it was kind of a chore for them to be there. Or maybe they were just tired and worn out by that point in the weekend.

Who knows. All I know is that I was not amazed by either one of their song selections for the set. I've seen MUCH better acoustic shows out of both of them. This one didn't impress me.

I just don't think you'll ever know how much I ADORE you. Great review of PFP...I'm sorry I had to miss it, but its that whole "I need my f'ing sleep" thing. I'm so glad you and V came out of your comfort zones for me...it really made my day to have all my favorite people there!!

I'm sure I already told you it was great to see you this weekend...

Your review of PFP was great and honest. I'm glad you got to cross another thing off your list. Radney is not to be missed...or Walt singing "Poetry" which gives me goosebumps every time.

From the sounds of it, I may have to do everything in my power to make PFP some year... damn money. Namely, the need to have some.

I never did get any sort of music festival this summer, and let me tell you, that's just a festering now as fall comes on. Not good, not good...

And Sarah, nothing wrong with pulling out of some races.

It was fantastic to see your smiling face at the Roundup!

I'm bummed that I didn't make it to PFP, but I did make it to another show Monday night close to home (Ryan James and Gary Allan...two beautiful men!).

Radney is King. He's just amazing...both as a singer and songwriter. I think he writes with the golden pen.

Hope to see you SOON!

Just checking in after an extended trip. Howw are you?

can you send me the poetry thing?