I had another sono today to check his size since he was on track to be a 9lb baby. His head is still large-- I'll be 37 weeks on Friday and his head is measuring 41 weeks. My vagina called an audible at that news. His belly is like 39 weeks and his femur is 37 weeks-- Clint's calling him Hoss Cartwright (from Bonanza). He only weighs 7lbs 13 oz right now, though. He's not THAT big.... 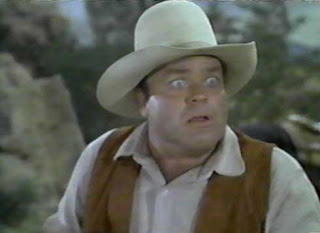 He's also still breech. Yay me. The sonographer said there was plenty of fluid left for him to turn, but I'm not hopeful. Apparently he rather likes having his head under my left boob. Figures. Men. Other than that though, he was perfect. My mom went to the appointment with me so the lady took a little extra time and showed her all sorts of views. We tried and tried to get a good shot of his face, but ended up only getting the cutest pouty lips and perfect little nose. The picture is frameable it's so cute! He's also a pro at breathing already. It was so cool watching his little diaphram move up and down. Oh! And hair! He's got hair!

After that we toured the hospital, which I learned is a "breastfeeding hospital" (Trinity Mother Frances). There is no nursery (they stay with mom the whole time except for baths and the circumcision) and they don't even give the babies a pacifier. They really, really want the baby to go straight to the boob- which I'm all for. She also told me about the C-section route since that was the first thing she said after I said he's still breech. "Sounds like a 'section to me". I'm ok with either, actually... I know I'll recover and I just want the baby to be healthy. I'm not scared of the surgery, but I guess I do kind of want to experience contractions and pushing and all that someday.

I see my OB on Friday to discuss the results of the sono and to have my first internal (check see if I've dialated any). I'm anticipating that she'll either schedule an induction or a c-section for after the first of the year. I hope so, anyway... I just need a plan- for my sanity, you know?

I haven't had any real contractions, I don't think. I've actually started having noticeable Braxton Hicks last night and today. I don't know how painful the real things start out as, but last nights were on the cusp of painful and came about every 10 minutes for an hour. I think I was just a little dehydrated, though.

yay! i am been frequenting your page for UPDATES! oh and remember what i said some posts ago, YOU WILL KNOW WHEN YOU GET A CONTRACTION! oh jesus you will know! yay!!!!

Yay!! I can't wait to see the little guy!